That venerable carrier of information, the bike messenger, must surely be going obsolete. The reasons are obvious. Anyway, people have been saying so for twenty years.

William Gibson, as ever, has had a more complex view of what the future might bring. In 1993 (Virtual Light), he described a bike messenger as “one who earned her living at the archaic intersection of information and geography.” This was visionary:

The offices the girl rode between were electronically conterminous—in effect, a single desktop, the map of distances obliterated by the seamless and instantaneous nature of communication. Yet this very seamlessness, which had rendered physical mail an expensive novelty, might as easily be viewed as porosity, and as such created the need for the service the girl provided. Physically transporting bits of information about a grid that consisted of little else, she provided a degree of absolute security in the fluid universe of data. With your memo in the girl’s bag, you knew precisely where it was; otherwise, your memo was nowhere, perhaps everywhere, in that instant of transit.

Seamlessness and porosity. We have both. 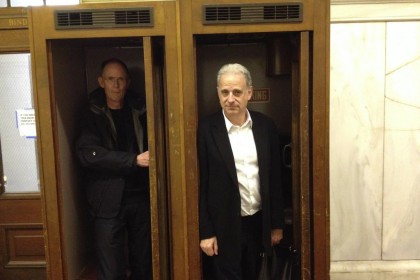