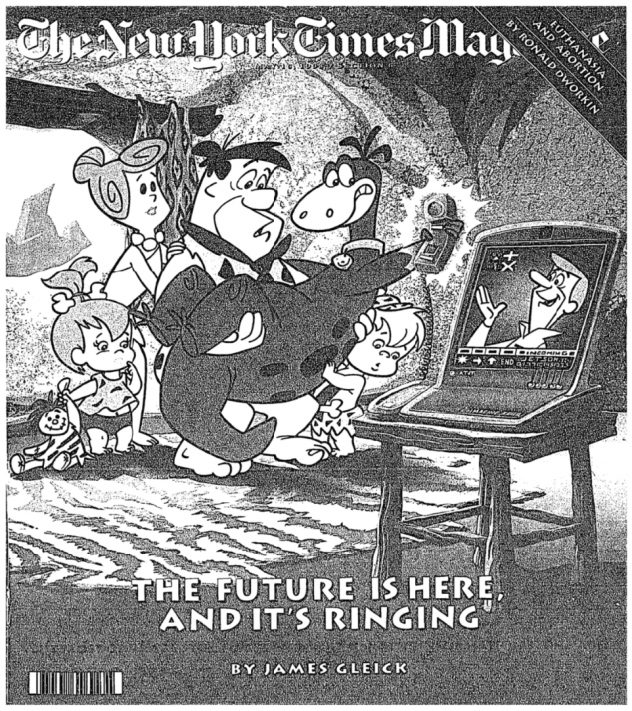 “I carry around one of these little boxes,” says a Motorola executive, Al Zabarsky, “and get every day, besides my personalized mail, clippings from services that clip according to your temperament, from companies that specialize in original source material—whatever you guys in the business call it.”

We used to call it news, Al.

It’s the twenty-fifth anniversary of this New York Times Magazine cover story. In other words, it was written fourteen years before the arrival of the iPhone.

Does it hold up? You be the judge. I mentioned in the opening paragraph a new and little-known communications medium called “electronic mail.” I said, “Our sense of what can be private and what must be public is being overhauled under our noses.” I claimed:

Well into its second century, the telephone has begun a transformation more profound than any in its history—dragging with it much of our other technological baggage, including the computer, the fax machine, the clock, the pager, the compass, the stock ticker and the television.

Pager? Stock ticker? That was a fast twenty-five years.